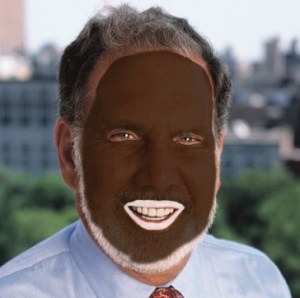 Washington Square News’ annual April Fools’ publication has found the paper in hot water after extreme racial humor that was described by one reader as “barely a joke, mostly just racism”.

Between Holocaust jokes, slavery jokes, and seemingly outdated jokes about Chilean miners, Washington Square News is facing extreme pressure from student groups to apologize for some statements made. “Israel is an apartheid state? That’s not even a joke, that’s just a statement,” said Sophomore Travis Barkle.

“I mean, I expected this issue to be unfunny like it usually is. I didn’t expect it to use the n-word four times in the first two pages,” said surprised freshman Noah Rabinowitz. In addition to the controversial jokes, the issue also contained crudely photoshopped pictures of John Sexton in blackface as well as an article that was just a series of racial slurs. When asked for comment, Editor-In-Chief Elisha Azevado said, “It’s a joke! It’s funny! Come off it!”