Washington Square Park has become the scene of an outpouring of support Friday afternoon as various student organizations came together in solemn support of whatever could have been the cause of a siren earlier that day. Several organizers were seen visibly weeping, while others maintained stern faces of concern.

“It’s like, how many were there?” Asked a teary-eyed Becky, 19, who painted her face and body in support of the hypothetical victim(s). “What if that was someone I knew, out there? Huh? What could have happened?” After gathering her composure, Becky confided that she had missed a rehearsal for her role in the upcoming production of The Crucible to stand in solidarity.

Some described the noise as a “Woooo. Wooo.” type of sound, while others argued it had more of a “neeeeeeeeh, neeeeeeeeeh” feel to it. Despite these disagreements, everyone was in agreement on one thing; it was loud and scary.

Others in the crowd had different opinions, many seeing it as a sign of a larger issue. “Are we really gonna stand for this?” said Todd, 24, as he handed out informational pamphlets and literature to passerbys. “This is not the ‘America’ I want my children to grow up in. Constantly living in fear. Fucking bullshit.” Growing visibly flustered, Todd threw his pamphlets in the nearest recycling receptacle and stormed out of the park into a Starbucks.

During the 15-minute moment of silence, where protesters held their heads in silent contemplation, another siren was heard nearby. Panic struck the group, who once again expected the worse, until a group organizer informed the crowd that it was just a police officer that turned their lights on to run a stop sign.

April 18, 2015 Britney Shakespears Comments Off on Senior From LA Won’t Shut the Fuck Up About Missing Coachella 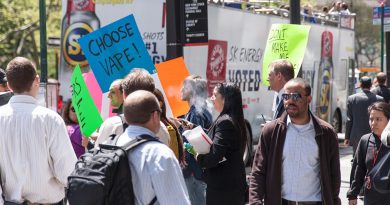 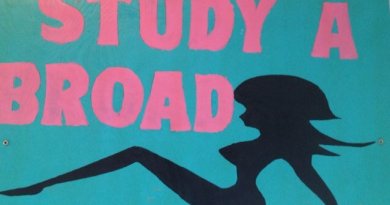