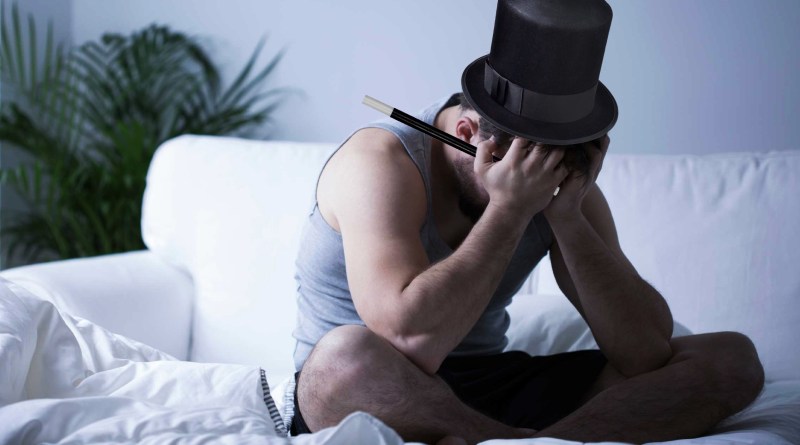 “Wonder Venders”, “Reality Shifters”, “Perverts In Top Hats.” Many names have been given to the magicians of Washington Square Park, known for their physics-defying stunts and reluctance to perform unless shown an unreasonable amount of love first, but do we know the whole story?

You may see them levitating books or picking young women to be their uncomfortable assistants, but at the end of the day they’re still strangers, just with very fast hands. One of those strangers is Arthur Aweler, who reportedly can’t even get out of bed without having a crowd cheer him on first.

“I’ve become so use to the routine of it all. Do a little trick, something to get the people’s juices flowing, then blue ball the crowd for the next twenty five minutes while I plug my social media.I never thought it’d follow me home,” comments Aweler, still sitting on the foot of his bed, waiting for applause like a trained dog. “If people aren’t going to gush, what’s the point of even getting out of bed? I mean, I’m a street magician. Give me some respect.”

November 2, 2015 Carl Jr. Comments Off on Sophomore Not From New Jersey Remains Unconvinced that Mischief Night is a Real Thing

February 17, 2015 Micky Fine Comments Off on Arson Charges Dropped Against Tisch Junior After Discovering That It Was Just His Mixtape
Headlines