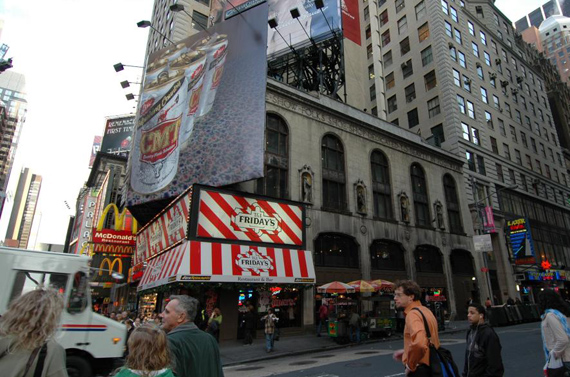 In preparation for Andrew Hamilton’s ascension to President of the university in January, current NYU President John Sexton has moved out of the presidential office in Kimmel to the corner booth of the TGI Friday’s Times Square.

The famous restaurant chain’s franchise is located on 7th Avenue between 50th and 51st Street, and Sexton is excited to be on board. “I’ve been going to the restaurant every week for years, so when my assistant and lifelong friend Gary asked where I wanted to put my new office, I knew for certain I wanted to be surrounded by the fun-loving staff at TGI Friday’s.” Sexton continued, “To me there’s no better place to see the glory of New York than in the eyes of tourists sitting down to a fine lunch of potato skins and bourbon-crusted chicken.”

The staff of the restaurant admits that they were surprised by Sexton’s decision but are excited nonetheless. Said Manager Lloyd Altman, “When we were approached by John with the proposal, we were definitely astonished. I had never heard of a college president emeritus putting his office in any of our other franchises across the globe! But John is such a great guy we never would have passed up the opportunity to have him around every day during business hours.”

President Sexton’s office may be reached through the TGI Friday’s phone and asking for “John.” Those calling with complaints about the NYU 2031 Plan are asked, beginning in January, to call Andrew Hamilton’s office.

May 13, 2015 Micky Fine Comments Off on Graduating Senior Decides To Take A Gap Decade To Figure Things Out 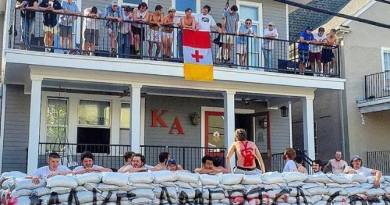 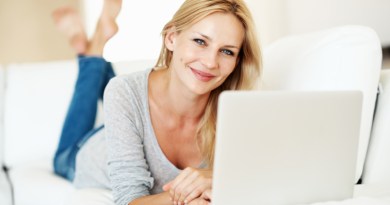 October 29, 2015 Dan Quayle Comments Off on Sophomore Would Rather Spend Hours Researching How Traceable Bomb Threats Are Than Study for Orgo Midterm
Headlines